A book blogger meme hosted by Bookshelves and Paperbacks blog where the three main categories are: 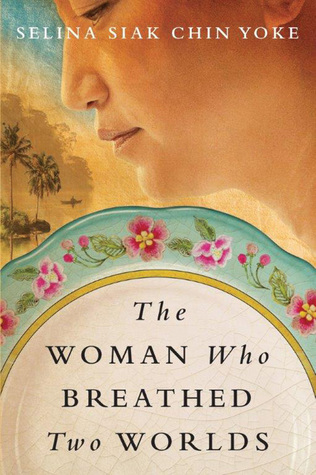 Facing challenges in an increasingly colonial world, Chye Hoon, a rebellious young girl, must learn to embrace her mixed Malayan-Chinese identity as a Nyonya—and her destiny as a cook, rather than following her first dream of attending school like her brother.

Amidst the smells of chillies and garlic frying, Chye Hoon begins to appreciate the richness of her traditions, eventually marrying Wong Peng Choon, a Chinese man. Together, they have ten children. At last, she can pass on the stories she has heard—magical tales of men from the sea—and her warrior’s courage, along with her wonderful kueh (cakes).

But the cultural shift towards the West has begun. Chye Hoon finds herself afraid of losing the heritage she so prizes as her children move more and more into the modernising Western world.

My review of this book is here but simply I couldn’t put this book down. It didn’t have a concrete plot as such, it was almost like an autobiography of the POV character, Chye Hoon, and it was just a lovely book. So descriptive and the language as well was amazing.

Book on my TBR 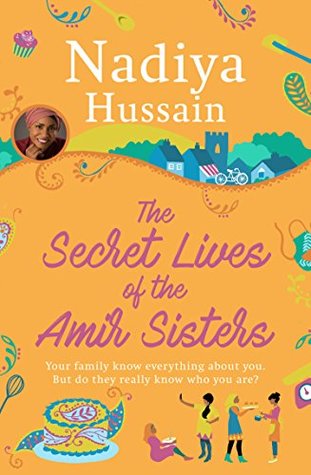 The four Amir sisters – Fatima, Farah, Bubblee and Mae – are the only young Muslims in the quaint English village of Wyvernage.

On the outside, despite not quite fitting in with their neighbours, the Amirs are happy. But on the inside, each sister is secretly struggling.

Fatima is trying to find out who she really is – and after fifteen attempts, finally pass her driving test. Farah is happy being a wife but longs to be a mother. Bubblee is determined to be an artist in London, away from family tradition, and Mae is coping with burgeoning Youtube stardom.

Yet when family tragedy strikes, it brings the Amir sisters closer together and forces them to learn more about life, love, faith and each other than they ever thought possible.

I saw this on another Diversity Spotlight Thursday and thought it was right up my alley. Family contemporary novels are something I love, especially when it’s of a different culture to the norm shown in Western literature, (Sofia Khan Is Not Obliged did this well I think) and it’s set in England as well. Always welcome!

Book Yet To Be Released

It’s the start of Jordan Sun’s junior year at the Kensington-Blaine Boarding School for the Performing Arts. Unfortunately, she’s an Alto 2, which—in the musical theatre world—is sort of like being a vulture in the wild: She has a spot in the ecosystem, but nobody’s falling over themselves to express their appreciation. So it’s no surprise when she gets shut out of the fall musical for the third year straight.

Then the school gets a mass email: A spot has opened up in the Sharpshooters, Kensington’s elite a cappella octet. Worshiped … revered … all male. Desperate to prove herself, Jordan auditions in her most convincing drag, and it turns out that Jordan Sun, Tenor 1, is exactly what the Sharps are looking for.

Okay, I have actually read this book but it doesn’t come out until 2nd May, so I’m counting it! I wasn’t too enthused about this book, the summary didn’t grab me, but the reviews were very complimentary and I’m so glad I did. I read this very quickly, it was funny, it was fast-moving and the representation in there was never pushed on you. It was always just an accepted part of the world they were in. It was unrealistic not to have representation in here, so it was in there. And that is something I really like.

Once Upon A Bookcase