Sixteen-year-old Aza never intended to pursue the mystery of fugitive billionaire Russell Pickett, but there’s a hundred-thousand-dollar reward at stake and her Best and Most Fearless Friend, Daisy, is eager to investigate. So together, they navigate the short distance and broad divides that separate them from Russell Pickett’s son, Davis.

Aza is trying. She is trying to be a good daughter, a good friend, a good student, and maybe even a good detective, while also living within the ever-tightening spiral of her own thoughts.

END_OF_DOCUMENT_TOKEN_TO_BE_REPLACED 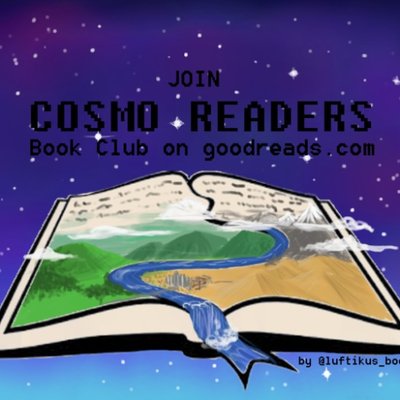 Round 2 of Cosmo Readathon is finished! This readathon ran from the 19th March to the 25th March. The Goodreads is here and the twitter is here. This readathon is good because there was a lot of discussion on Goodreads during it (though I manage to miss it right at the start of this readathon).

I didn’t manage to get to all of the challenges but I did enjoy the three books I read for this readathon.

END_OF_DOCUMENT_TOKEN_TO_BE_REPLACED

Top Ten Tuesday is a weekly blog meme. It used to be hosted by The Broke and the Bookish but now it is being hosted by That Artsy Reader Girl. This week’s theme is books that are set in a different country to where you are. I live in the UK so technically I could list every book set in America/Canada but I managed only to pick one which was set all in the United States. I tried to go for books I read in 2018 as well, though the last two are old favourites of mine rather than new reads.

END_OF_DOCUMENT_TOKEN_TO_BE_REPLACED

I wasn’t expecting this at all! I’m always a little bit nervous about these awards because of the whole ‘having to think up questions’ and ‘nominate 11 blogs to answer your questions’. How are you supposed to pick only 11?

That said, I do really like answering the questions so thanks very much to Hammock of Books for nominating me!

END_OF_DOCUMENT_TOKEN_TO_BE_REPLACED

This is a two week long readathon (that’s new) which runs from the 25th March to 8th April and the focus is on superheroes! I’m trying to get my library books knocked out of my TBR so pretty much everything on here is borrowed. There’s a lot of books on here but I’m hoping to get to at least half of them.

END_OF_DOCUMENT_TOKEN_TO_BE_REPLACED 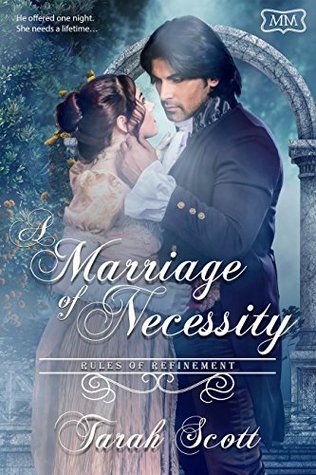 He offered one night. She needs a lifetime…

When Viscountess Kinsley’s father lost all but their home and then drank himself to death, creditors stood ready to seize what remained. Anne’s only hope of saving her family is to find a husband through Lady Peddington’s School for Young Ladies. Only, upon graduation, Anne finds herself the victim of jealous gossip that claims she seeks multiple lovers. Now, no respectable man will have her.

Kennedy Douglas, Viscount Buchanan, has refused to marry—until his terminally ill father threatens to marry Kennedy’s younger sister to a known wife-beater unless Kennedy immediately weds and produces an heir. The man known as The Marriage Maker matches Kennedy with the ravishing Viscountess Kinsely, but time is running out. Kennedy’s father is declining rapidly, and he’s the only one who knows where Kennedy’s sister is being held against her will.

END_OF_DOCUMENT_TOKEN_TO_BE_REPLACED

Finally a readathon set just for me! This oopsathon is all about getting to books this quarter that were on your readathon TBR in the last quarter that you didn’t get around to. Now anyone who has been on my blog for longer than a week knows I take part in a lot of readathons and don’t normally get to every book on my TBR. This year I have been keeping track of all my readathon TBRs and which books I’ve read and which books I haven’t.

There are 55 books which I have had on my readathon TBRs which I haven’t gotten around to in the last three months – I am not going to be able to read all those books in a week. It’s absolutely not possible (not even if I went without sleeping the whole week) so I’ll be narrowing it down.

This readathon runs from the 25th March to 31st March and the intro post is here.

END_OF_DOCUMENT_TOKEN_TO_BE_REPLACED

This is a brand new readathon running from the 24th March to the 30th March which is all about author youtubers and their books. It looked like a great premise and I was intrigued by the challenges!

END_OF_DOCUMENT_TOKEN_TO_BE_REPLACED

This is a fun year-long readathon where you focus on reading series, completing a bingo card each season and completing an intense week-long readathon if you want. This spring it runs from 20th March to 20th June so it has already started but I’m sure a few days won’t matter! The full details about the readathon is here, the twitter is here and the announcement video is down below.

This sounds like my kind of readathon because I have a tendency to start series and then not finish them at all. I will probably be taking part in the intense readathon 11th June to 17th June just to catch up. I’m only going to plan one line on the bingo board otherwise I tend to go really off kilter on these massively long TBRs.

END_OF_DOCUMENT_TOKEN_TO_BE_REPLACED

This is a weekly blog meme hosted by Sam @ Thoughts on Tomes and it runs on Goodreads. This week’s theme is favourite SFF outside of books. This one is a little harder than books because I don’t have a handy Goodreads for not-books and so I will forget things.