I’ve been thinking of doing something like this a while, especially when I watched Books and Lala series where she watched her old hauls from two years ago and then any books she still hadn’t read, she had to read over the next month or they got unhauled. She got one save but otherwise she would have to make sure she read the books she wanted to keep.

Now I’m not a Booktuber so I don’t have any videos of my book hauls and I don’t tend to do posts on here to show that (mostly because I can never remember what books I hauled in the month). However, I do have many physical books which I want to get to so I thought I would have a three month trial of this method and see if it helped.

END_OF_DOCUMENT_TOKEN_TO_BE_REPLACED

Top Ten Tuesday is a weekly blog meme. It used to be hosted by The Broke and the Bookish but now it is being hosted by That Artsy Reader Girl. This week’s topic is ‘Top Ten Characters I Liked in Disliked Books’ but I missed the ‘Spring TBR’ topic and decided I would prefer to do that topic this week. I’m always in the mood for more contemporary books in the springtime so that’s what is on my list!

END_OF_DOCUMENT_TOKEN_TO_BE_REPLACED

First month of spring and of mystery and middle-grade books! It was a fun month but busy as I was getting ready for Camp Nanowrimo in April so was trying to finish everything off by the end of the month. I’m not quite sure how this reading month happened but I’m just going to go with it.

END_OF_DOCUMENT_TOKEN_TO_BE_REPLACED

This readathon is brand new this year and is focused on apocalyptic books. While I don’t normally reach for books focusing around the apocalypse, I have read and liked some books around this theme such as How I Live Now, Station Eleven and The Day of the Triffids. For this readathon, there is the introduction post here and the Goodreads group here and it runs for the whole of April.

END_OF_DOCUMENT_TOKEN_TO_BE_REPLACED

April is doing an April readathon! It takes part from the 2nd to the 8th April and it has some challenges as well which you can double up on if need be! This looks like a fairly low-key readathon which I’m glad about thanks to Camp Nanowrimo taking place in April.

END_OF_DOCUMENT_TOKEN_TO_BE_REPLACED

I didn’t know about this readathon until I saw it on the list of readathons but now I am ridiculously excited for it. This readathon is based on the O.W.Ls exams in Harry Potter and there is a Twitter and an introduction post, but the intro post (here) is in the style of Hogwarts letter. It runs from the 2nd April to the 29th April and I am definitely taking part, Nanowrimo or no Nanowrimo.

Now you only need 5 O.W.Ls to get an Outstanding in this readathon so I’m only going to do a TBR for five books but will probably read more because these look like so much fun!

END_OF_DOCUMENT_TOKEN_TO_BE_REPLACED 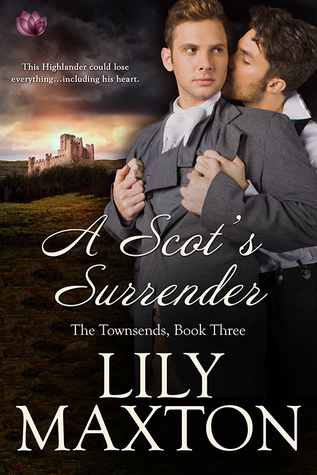 When his brother leaves him in charge of Llynmore Castle, Robert Townsend is determined to make everything go smoothly. What does it matter if he’s inexplicably drawn to Ian Cameron, the estate’s stoic steward? Robert is sure he can ignore the way the Highlander’s apparent dislike of him gets under his skin. They’ll muddle along just fine so long as they avoid one another. An excellent plan…until a fire forces Ian into the castle—and Robert’s personal space.

Ian Cameron has worked for everything he owns, unlike spoiled Robert Townsend. And he may not have friends, but he has the Highlands and the stars, and what more could he really need? But when a guest’s stolen possession appears in his room, he doesn’t have much choice but to admit to the handsome and aggravatingly charming Townsend brother that he needs help. To solve this mystery, they’ll have to put aside their differences. And as Ian learns more about Robert, he’ll have to guard his heart…or it may be the next thing stolen.