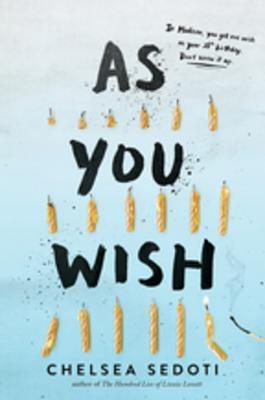 If you could make one wish that was guaranteed to come true-what would you wish for?

Never let an outsider find out about wishing. (Zip your lips and throw away the key.) Wishes that would impact the world are off limits (i.e. no bringing back the dinosaurs). Do no harm. (Murder = no bueno.) No time travel. (What’s done is done, pal.) No bringing back the dead. (Come on. You’ve seen what happens in THE WALKING DEAD.) NEVER BREAK THE RULES. (Seriously. We mean it. See Rule #7.) There are always consequences.
Madison is a small town in the Mojave desert on the road between nothing and nowhere. It’s an unremarkable speck on the map, which is perfect for protecting the town’s secret. Because in Madison, everyone can make one wish on their eighteenth birthday-and that wish always comes true.

Most of Eldon’s classmates have had their wishes picked out for months, even years. Not Eldon. He’s seen how wishing has hurt the people around him. His parents’ marriage is strained, his sister is a virtual ghost in their house, his ex-girlfriend is dating his ex-friend…where does he even begin?

One thing is for sure: Eldon has only twenty-five days to figure it out and the rest of his life to live with the consequences.

END_OF_DOCUMENT_TOKEN_TO_BE_REPLACED

A readathon centred all around contemporary books! While I enjoy all these new styles of readathons with maps and letters, I sometimes do like a straightforward readathon like one. This readathon runs from the 17th to the 23rd September and the related twitter is here.

END_OF_DOCUMENT_TOKEN_TO_BE_REPLACED

Imogen is a runaway heiress, an orphan, a cook, and a cheat.
Jule is a fighter, a social chameleon, and an athlete.
An intense friendship. A disappearance. A murder, or maybe two.
A bad romance, or maybe three.
Blunt objects, disguises, blood, and chocolate. The American dream, superheroes, spies, and villains.
A girl who refuses to give people what they want from her.
A girl who refuses to be the person she once was.

END_OF_DOCUMENT_TOKEN_TO_BE_REPLACED 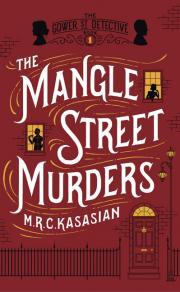 Gower Street, London, 1882: Sidney Grice, London’s most famous personal detective, is expecting a visitor. He drains his fifth pot of morning tea, and glances outside, where a young, plain woman picks her way between the piles of horse-dung towards his front door.

March Middleton is Sidney Grice’s ward, and she is determined to help him on his next case. Her guardian thinks women are too feeble for detective work, but when a grisly murder in the slums proves too puzzling for even Sidney Grice’s encyclopaedic brain, March Middleton turns out to be rather useful after all…

END_OF_DOCUMENT_TOKEN_TO_BE_REPLACED

So, the last couple of readathons I haven’t done wrap ups, partly because I didn’t do too well in the readathons and I don’t particularly want to write over and over again ‘I only read one book for this readathon and that book is the one I’m going to talk about’ (and I’m sure you don’t want to hear it), and partly because I’ve neglected this blog for the month of August thanks to work and wedding trips.

But time to get back to it and part of that is getting my readathon wrap ups back on track! This readathon ran from the 20th to the 26th August, the twitter is here and my TBR is here.

All covers link to Goodreads.

END_OF_DOCUMENT_TOKEN_TO_BE_REPLACED

This readathon caught my eye because it was a brand new readathon and it focuses primarily around science fiction. Now I’ve got a few sci-fi books on my shelves that I’ve been wanting to read for a while.

This readathon runs from the 7th to the 21st September and there is a map for you to choose your own challenges! Map can be found here.

END_OF_DOCUMENT_TOKEN_TO_BE_REPLACED

Hey, look it’s the first month of Autumn and the sun decides to come back! Anyway, I don’t have any weddings to account for this month and instead I’ll be trying to build my savings back up so I’ll be working a lot more. Which means audiobooks!

END_OF_DOCUMENT_TOKEN_TO_BE_REPLACED

At least this wrap up is slightly earlier than the July wrap up! It’s not halfway through September so that’s always a plus but when I looked back over my posts for August, I felt like face planting the desk. So few posts! To be fair, I didn’t read a lot in August so it matched up with my lack of posting.

I am definitely going to work on this over September and that involves me posting my wrap up before an entire two weeks has gone by.