One of my 2018 goals was completing the Modern Mrs Darcy challenge. I picked this challenge because it seemed to be fairly simple and had only a few categories. I read a lot but trying to read specific books is a lot more difficult for me. 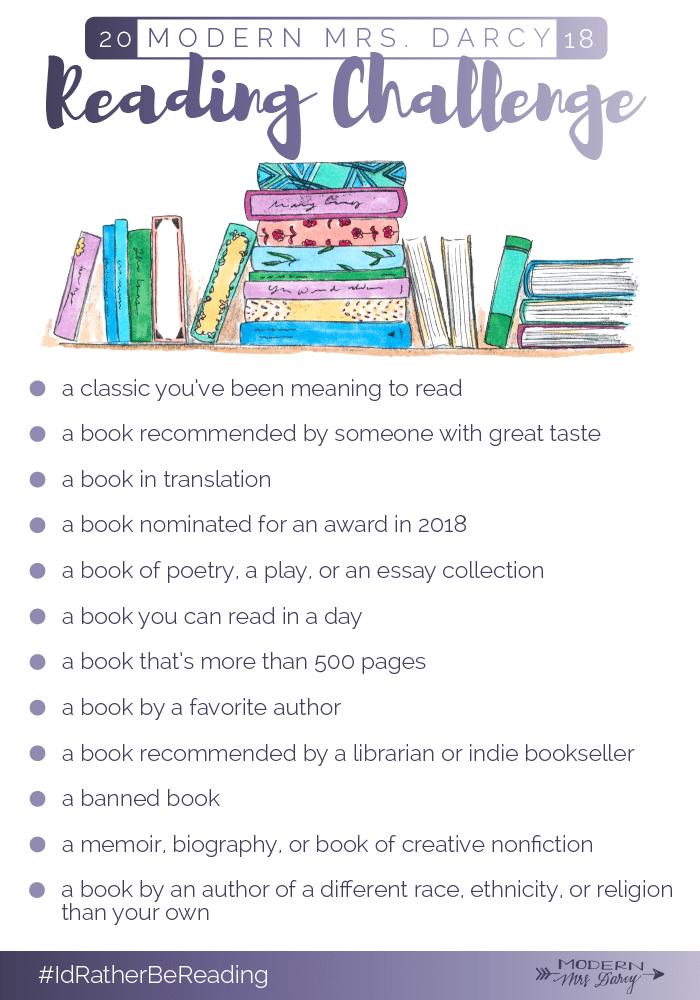 I enjoyed this challenge but I think next time I’m going to look at monthly, rather than yearly challenges. All covers below link to Goodreads.

Did anyone else take part in this challenge?

END_OF_DOCUMENT_TOKEN_TO_BE_REPLACED

I saw so many of these posts and videos going around that I knew I had to do one! I didn’t do all the year-end posts I wanted to last year so I was hoping to actually be a little more organised this year.

During my monthly wrap up posts, I pick a favourite book of the month. Sometimes this is really easy and other times, not so much. When it came to picking my top ten favourite books of the year, I looked at these top books of each month and ended up only taking half of them for this list.

END_OF_DOCUMENT_TOKEN_TO_BE_REPLACED

This readathon ran from the 17th to the 26th December and there were multiple ways of doing this readathon. My TBR is here and the challenge list is here. I didn’t manage to do all the challenges but I did get all the way through the little map, though a different way to how I was expecting.

END_OF_DOCUMENT_TOKEN_TO_BE_REPLACED 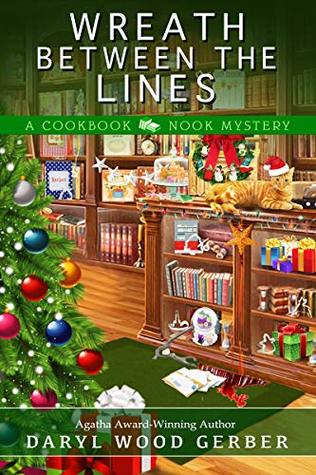 The holidays are Jenna Hart’s favorite time of year, but just as she’s decorating the Cookbook Nook for all the festive events, her imperious older sister makes a surprise visit, anxious that her husband’s been more naughty than nice. To make matters worse, her father’s good friend Jake shows up on her doorstep with a frantic report that his friend has been murdered—trussed with Christmas lights and impaled with a tree star.

Worried that Jake was the intended victim, Jenna makes a list of suspects and checks it twice. Swapping her Santa’s hat for a sleuthing cap, she gets busy investigating Jake’s long-lost sister, his Grinch of a neighbor, and a stamp collector who covets Jake’s most treasured piece. When Jake himself is poisoned and nearly dies, Jenna knows she’ll have to do whatever it takes to corner the culprit before it’s lights out for Jake . . .

END_OF_DOCUMENT_TOKEN_TO_BE_REPLACED

Round 7 of the Alphabethon and we’re on ‘G’. The other rounds I’ve taken part in are here. This round there won’t be a blog post due to the time crunch so all the challenges and information is on the Twitter here.

This round runs from the 24th to the 30th December. This readathon is based on letters of the alphabet and this round is ‘g’. This means the title or author’s name starts with G.

END_OF_DOCUMENT_TOKEN_TO_BE_REPLACED 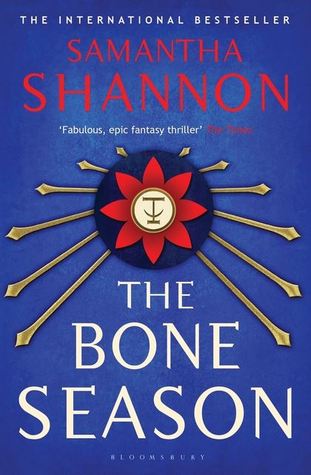 The year is 2059. Nineteen-year-old Paige Mahoney is working in the criminal underworld of Scion London, based at Seven Dials, employed by a man named Jaxon Hall. Her job: to scout for information by breaking into people’s minds. For Paige is a dreamwalker, a clairvoyant and, in the world of Scion, she commits treason simply by breathing.

It is raining the day her life changes for ever. Attacked, drugged and kidnapped, Paige is transported to Oxford – a city kept secret for two hundred years, controlled by a powerful, otherworldly race. Paige is assigned to Warden, a Rephaite with mysterious motives. He is her master. Her trainer. Her natural enemy. But if Paige wants to regain her freedom she must allow herself to be nurtured in this prison where she is meant to die.

END_OF_DOCUMENT_TOKEN_TO_BE_REPLACED 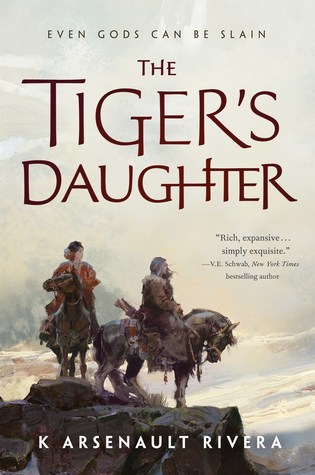 The Hokkaran empire has conquered every land within their bold reach―but failed to notice a lurking darkness festering within the people. Now, their border walls begin to crumble, and villages fall to demons swarming out of the forests.

Away on the silver steppes, the remaining tribes of nomadic Qorin retreat and protect their own, having bartered a treaty with the empire, exchanging inheritance through the dynasties. It is up to two young warriors, raised together across borders since their prophesied birth, to save the world from the encroaching demons.

This is the story of an infamous Qorin warrior, Barsalayaa Shefali, a spoiled divine warrior empress, O-Shizuka, and a power that can reach through time and space to save a land from a truly insidious evil.

END_OF_DOCUMENT_TOKEN_TO_BE_REPLACED

This year it runs from the 17th – 26th December, though I’m hoping to get all the books read before Christmas because I’m pretty sure I’m going to get some new books.

END_OF_DOCUMENT_TOKEN_TO_BE_REPLACED

Each year, eight beautiful girls are chosen as Paper Girls to serve the king. It’s the highest honor they could hope for…and the most cruel.

But this year, there’s a ninth girl. And instead of paper, she’s made of fire.

In this lush fantasy, Lei is a member of the Paper caste, the lowest and most oppressed class in Ikhara. She lives in a remote village with her father, where the decade-old trauma of watching her mother snatched by royal guards still haunts her. Now, the guards are back, and this time it’s Lei they’re after–the girl whose golden eyes have piqued the king’s interest.

Over weeks of training in the opulent but stifling palace, Lei and eight other girls learn the skills and charm that befit being a king’s consort. But Lei isn’t content to watch her fate consume her. Instead, she does the unthinkable–she falls in love. Her forbidden romance becomes enmeshed with an explosive plot that threatens the very foundation of Ikhara, and Lei, still the wide-eyed country girl at heart, must decide just how far she’s willing to go for justice and revenge.

END_OF_DOCUMENT_TOKEN_TO_BE_REPLACED

This was a lovely Christmas themed readathon to start off December, running from the 3rd to the 9th December. The TBR post is here with links.

This readathon was interesting because as much as I wanted to read all the Christmas themed books I had, I was also in the mood for romances. Lots and lots of romances. So my TBR changed a little. I did not read the group book, Snow in Love, because I had my own TBR to be getting on with and I couldn’t get a copy from my library.