Top Ten Tuesday is a weekly blog meme. It used to be hosted by The Broke and the Bookish but now it is being hosted by That Artsy Reader Girl. This week’s theme is ‘books you didn’t get to in 2018’ and I have so many of them!

Many of these books are either series I was planning to start or continue in 2018 and I’m hoping to get to many of them this year instead.

END_OF_DOCUMENT_TOKEN_TO_BE_REPLACED

I was going to include this in my December Wrap Up but then I thought it would be a hugely long post and it would be best to be split up. I have done my Top Ten Best Books of 2018 and Top Ten Worst Books of 2018, so this post is just focusing on how I did with my reading goals.

END_OF_DOCUMENT_TOKEN_TO_BE_REPLACED

The only surviving heir to an ancient Kalusian dynasty, Rheehas spent her life training to destroy the people who killed her family. Now, on the eve of her coronation, the time has finally come for Rhee to claim her throne – and her revenge.

Alyosha is a Wraetan who has risen above his war refugee origins to find fame as the dashing star of a DroneVision show. Despite his popularity, Aly struggles with anti-Wraetan prejudices and the pressure of being perfect in the public eye.

Their paths collide with one brutal act of violence: Rhee is attacked, barely escaping with her life. Aly is blamed for her presumed murder.

The princess and her accused killer are forced to go into hiding – even as a war between planets is waged in Rhee’s name. But soon, Rhee and Aly discover that the assassination attempt is just one part of a sinister plot. Bound together by an evil that only they can stop, the two fugitives must join forces to save the galaxy.

END_OF_DOCUMENT_TOKEN_TO_BE_REPLACED

This is a weekly blog meme hosted by Sam @ Thoughts on Tomes and it runs on Goodreads. This week’s theme is actually ‘Most Disappointing Books’ but since I did Ten Worst Books of 2018 and half of them were books that disappointed me, I decided to do this on a theme I missed out on. The theme for the 2nd January was reading resolutions so I’m going to do that this week.

END_OF_DOCUMENT_TOKEN_TO_BE_REPLACED

This was a busy, busy month. Work, social life and being ill meant that everything was delayed and slow. I felt so drained by the end of the month and then I got ill. However, I am looking forward to the setting of new goals for 2019. I have so many ideas and I’m feeling really hopeful.

END_OF_DOCUMENT_TOKEN_TO_BE_REPLACED

I did a Top Ten Books of 2018 so I definitely had to do the opposite one as well! Because sometimes it’s fun to rant about books you dislike.

I did the same as I did in the opposite post above where I looked at my least favourite book of each month and then my overall books of 2018 and only picked half of them. I’ve tried to avoid spoilers but sometimes I might stray into spoilery territory.

All covers link to Goodreads in case you want to check these books out for yourself.

END_OF_DOCUMENT_TOKEN_TO_BE_REPLACED 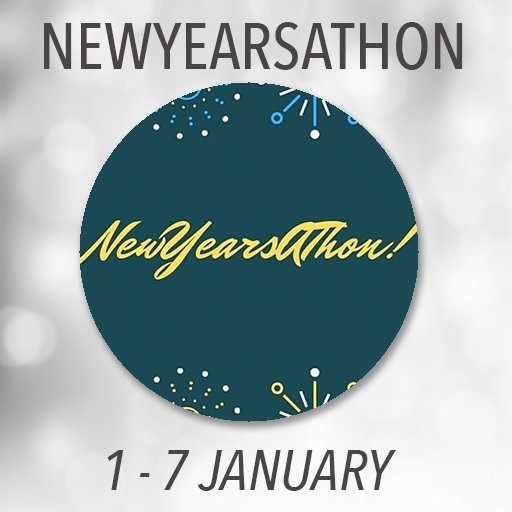 This is a new readathon which I was really interested in taking part with, especially when it seemed like it would work with a reading challenge I’m taking part in (The Upside Down Challenge). There is a Twitter hashtag and an Instagram. This readathon runs from the 1st to the 7th.