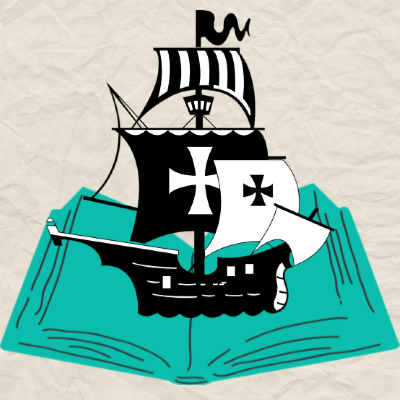 This is one of those readathons where you get a map to find your prompts but then you read every other prompt but the ones you picked. So my TBR was completely thrown out the window as I changed the prompts I chose and the books I read.

My TBR is here and this readathon ran from the 5th to the 12th May which makes this wrap-up very late. It was a successful enough readathon, though I don’t think I’ll overlap it again next time.

END_OF_DOCUMENT_TOKEN_TO_BE_REPLACED 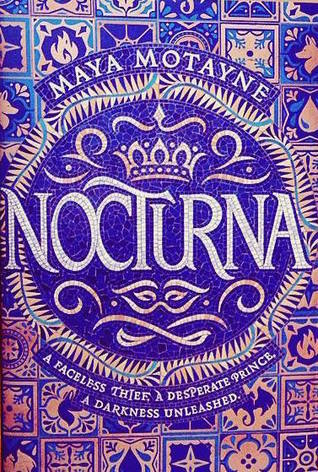 To Finn Voy, magic is two things. The first: a knife to hold under the chin of anyone who crosses her. The second: a disguise she shrugs on as easily as others pull on cloaks. A talented shapeshifter, it’s been years since Finn has seen her own face, and that’s exactly how she likes it. But when Finn gets caught by a powerful mobster she’s indebted to, she’s forced into an impossible mission—steal a legendary treasure from the palace or lose her shapeshifting magic forever.

After the murder of his older brother, Prince Alfehr is first in line for the Castallan throne. But Alfie can’t help but feel that he will never live up to his brother’s legacy. Riddled with grief, Alfie is obsessed with finding a way to bring his brother back, even if it means dabbling in forbidden magic.

In a cruel twist of fate, Alfie’s best friend is nearly killed in the crossfire of Finn’s heist, and Alfie accidentally unlocks a terrible, ancient magic to save him—a magic, which, if not contained, will devour the world. Alfie and Finn race to vanquish what they have unleashed. But to do so, they each must contend with the darkness hiding in their pasts.

Set in a Latin-inspired kingdom based in part on the author’s own Dominican heritage.

END_OF_DOCUMENT_TOKEN_TO_BE_REPLACED

This readathon was a surprise for me because while I knew there would be another round, I didn’t know this round had begun until the day of the readathon. But I knocked out a TBR and I sort of stuck to it. This readathon ran from the 1st to the 8th May.

My TBR is here.

END_OF_DOCUMENT_TOKEN_TO_BE_REPLACED

This month went so much better than March! I’m back on track with my reading, I took part in readathons and I got to several books that had been on my TBR for ages, and enjoyed nearly all of them. I was working more as well during the month of April, though not as much as I would like.

END_OF_DOCUMENT_TOKEN_TO_BE_REPLACED

This is an amazingly detailed readathon based around Harry Potter, more specifically, the fifth year exams. There was also a booklet of careers where you could see which exams (reading prompts) you would have to do to get your dream career. And of course, I decided to go for the hardest career and see how it would turn out.

My TBR is here. I went for Alchemist and I actually managed to succeed in reading enough books to fit the prompts.

END_OF_DOCUMENT_TOKEN_TO_BE_REPLACED

I wasn’t going to do this readathon originally since I discovered month long readathons and me don’t mix, but then I saw some great recommendations for me to check out and decided to sign up very last minute.

This readathon runs for the month of Ramadan, so 6th May to 4th June and it’s focus is on Muslim authors. The announcement post is here, the Twitter is here and the Instagram is here.

The challenges are based on the five pillars of Islam and you start at the bottom and work your way up. I’ll be focusing on the Faith/Shahadah pillar (recommendations here).

END_OF_DOCUMENT_TOKEN_TO_BE_REPLACED

This year’s Scallywagathon is set to start on the 5th May to the 12th May (Sunday to Sunday) and this is a pirate/space themed readathon where you follow a map to choose your reading challenges.

END_OF_DOCUMENT_TOKEN_TO_BE_REPLACED 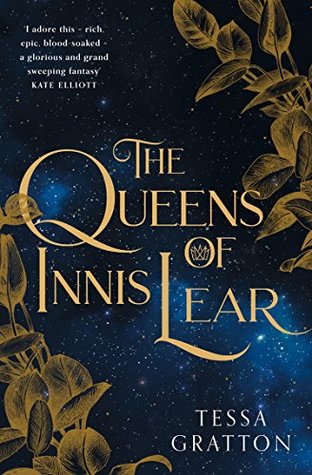 The erratic decisions of a prophecy-obsessed king have drained Innis Lear of its wild magic, leaving behind a trail of barren crops and despondent subjects. Enemy nations circle the once-bountiful isle, sensing its growing vulnerability, hungry to control the ideal port for all trade routes.

The king’s three daughters—battle-hungry Gaela, master manipulator Reagan, and restrained, starblessed Elia—know the realm’s only chance of resurrection is to crown a new sovereign, proving a strong hand can resurrect magic and defend itself. But their father will not choose an heir until the longest night of the year, when prophecies align and a poison ritual can be enacted.

Refusing to leave their future in the hands of blind faith, the daughters of Innis Lear prepare for war—but regardless of who wins the crown, the shores of Innis will weep the blood of a house divided.

END_OF_DOCUMENT_TOKEN_TO_BE_REPLACED

Look at me in my TBR, being all optimistic about how I was going to do on this readathon. Did that happen? Not so much. However, I did get around to one tome in particular which has been on my TBR for ages so I’m glad about that. My TBR crashed and burned but two of these books have been on my TBR for ages and I’m glad to knock them off (plus they were both really good).

Actually all the books for this readathon turned out to be books I enjoyed when it came down to it, though some took a little longer than others.

END_OF_DOCUMENT_TOKEN_TO_BE_REPLACED

This readathon has actually already started but I didn’t manage to put my official TBR together until today. This readathon runs from the 1st to the 8th May and is a spooky/horror related readathon, although you can read whatever books you want. The twitter is here. 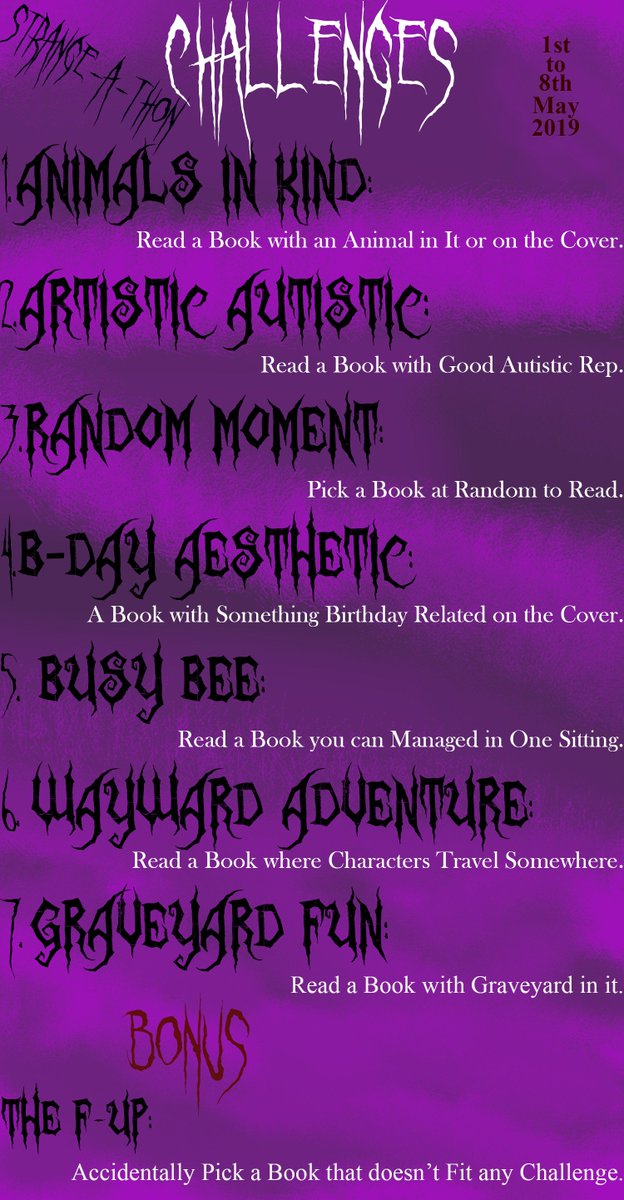